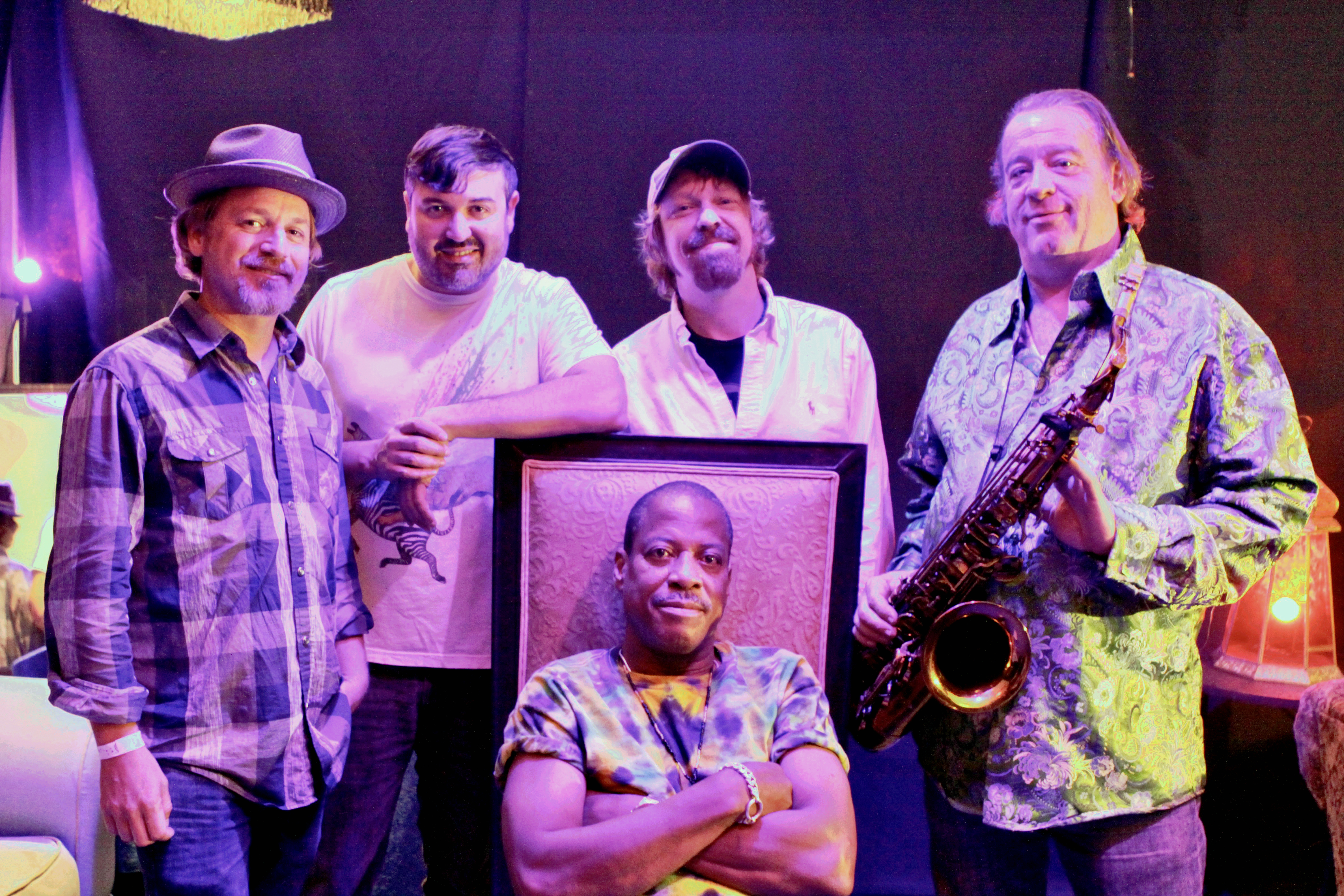 New Orleans Suspects began playing together in 2009 as a pick-up band at the Maple Leaf in New Orleans. Comprised of some of the most seasoned, highly respected players in NOLA, the group called themselves The Unusual Suspects. Their chemistry was undeniable and by the summer of 2011 they decided to tour full-time, renaming the band New Orleans Suspects. They quickly began attracting large crowds from San Francisco to New York. In five short years they’ve released four CDs and established themselves as one of New Orleans’ best supergroups.

“Mean” Willie Green was the drummer for the Neville Brothers for over thirty years. His unparalleled style has helped shape New Orleans funk, and his drumming has graced recorded tracks by dozens of artists, including The Grateful Dead, Bob Dylan, Paul Simon and Edie Brickell.

Eric Vogel, born and raised in New Orleans, is inspired by the sounds of the city.  Inspired by his relationship with Regi and Victor Wooten, Eric has played with everyone in the music business from blues with North Mississippi Allstars to funk with the Great Fred Wesley.   Eric is a Jedi on the bass.  His Kung Fu is VERY STRONG!

Jake Eckert was the longtime lead guitarist in the Dirty Dozen Brass Band. Traveling the world, he has performed everywhere from Palace Square in Russia to 2009 Grammy Awards ceremony. He has other talents as well, receiving a Grammy Award in 2011 for recording engineer and producing albums for John Mooney, Cedric Burnside, and New Orleans Suspects, among others.

CR Gruver is a classically trained pianist who immersed himself in New Orleans piano styles after touring with national bands such as Outformation and singer/songwriter Angie Aparo. Adept at James Booker-style piano and the swelling B-3 stylings of Art Neville, Gruver has also become a well-regarded sideman for Leo Nocentelli of The Meters.

Jeff Watkins is an accomplished sax player, engineer and producer. He spent twelve years leading the James Brown Band, including Brown’s induction into the Rock’n’Roll Hall of Fame. He also worked for six years with Joss Stone as her producer, engineer, and bandleader.

The four albums New Orleans Suspects have released since 2011 include their eponymous debut studio album and a live  recording, Caught Live at the Maple Leaf, which made it into the iTunes® highly competitive “New and Noteworthy” page.

The band’s third recording Ouroboros, released in October 2014, is an all-original studio album that characterizes the band’s sound and puts a contemporary twist on the funk, rock, and R&B traditions of New Orleans music, placing them in a class of their own.

The fourth and most recent album, Kaleidoscoped, released in September 2016 on both CD and vinyl, is being hailed as their best and most original to date, being added to over 100 radio stations in North America and receiving rave reviews. Both of these last two albums appear on New Orleans label “Louisiana Red Hot Records”.