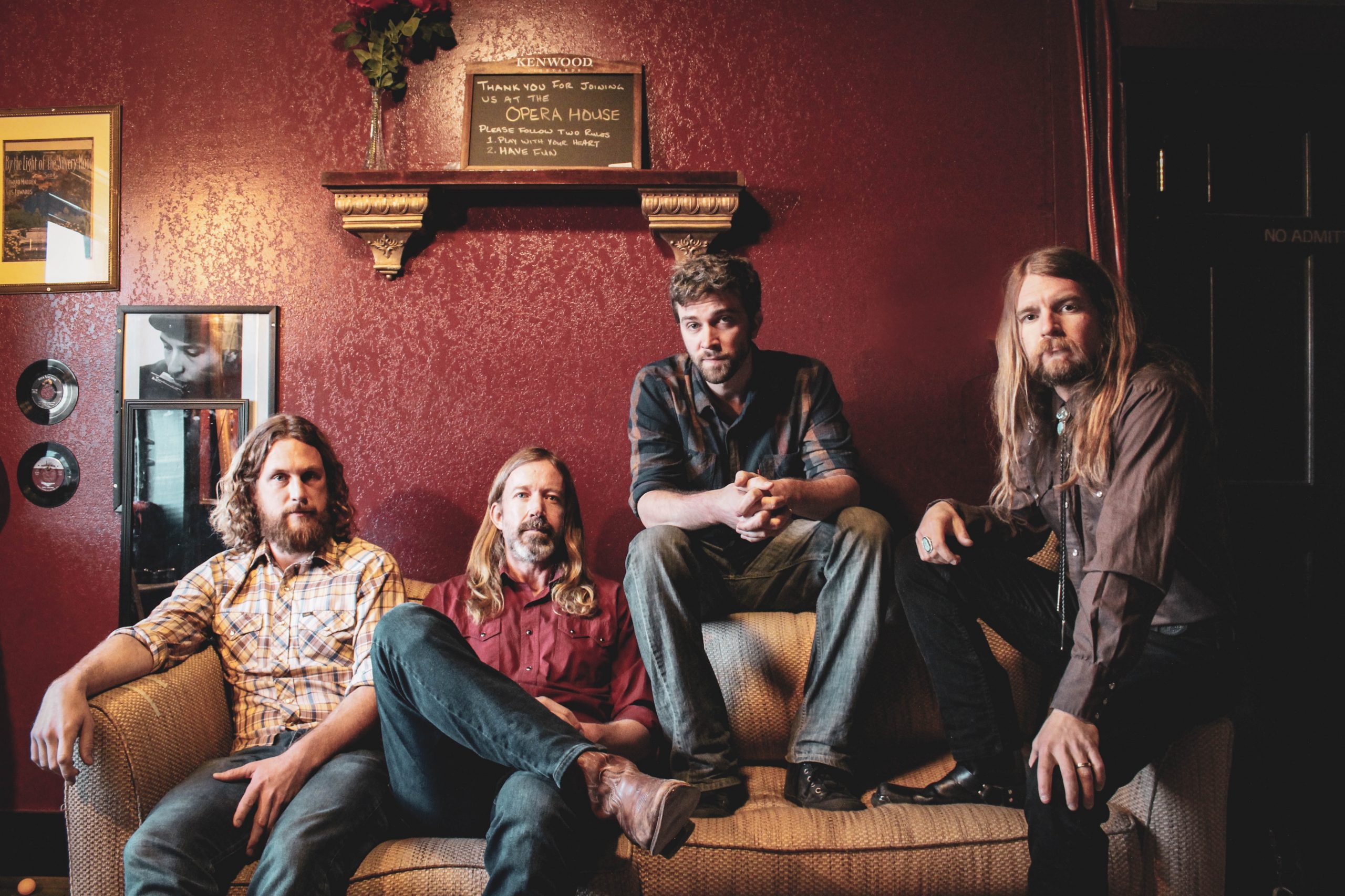 “We Are One, Broke In Two, Out In This Strange Place, Who Are You?” The opening lines of the title track raise this question. So who is Grant Farm, and what are they trying to tell us?

Grant Farm is a brotherhood with a song to sing and a story to tell. The double-vinyl release, Broke In Two (June 14, 2019), delves deep into the human relationship with the mystic, furthering the storylines and characters introduced on Kiss The Ground (2016). A testament of empathy for the working people in this demanding modern world, Kiss The Ground was “an appropriate soundtrack to an era that bred Bernie Sanders and widespread societal discontent.” – Kiran Herbert (Relix Magazine). Broke In Two is an evolution of this concept, developing Archetypal characters such as The Innocent One and The Wanderer in the song “Arjuna The Believer”, Nester the Condemned and The Monarch King in “Nester”, and introducing The Rebel in “Life Of Riley” and the Caregiver in “Tumbleweed”. Real life experiences interplay with these characters, especially in “River Styx” and “The Salmon Song”, both of which reflect true experiences of loss and lessons passed on to the bereaved. The depth and breadth of the songs and stories on Broke In Two are punctuated by the band’s virtuosic musicianship, clever arrangements, and top-notch group vocals.

Grant Farm was established in 2010 by guitarist/vocalist Tyler “The Champ” Grant, a National Flatpicking Champion and former member of the Emmitt/Nershi Band, Adrienne Young and Little Sadie, and Abigail Washburn. The original lineup featured Andy Thorn (Leftover Salmon) and Keith Moseley (String Cheese Incident). Bassist/vocalist Adrian “ACE” Engfer, a veteran of West-Coast touring groups Hot Soup and Dukes of Ted, joined in 2011, just in time for the band’s eponymous debut album, released in 2012 on Grant Central Records. Drummer Sean “Magic” Macaulay signed on in 2013 after touring the world with Donovan Frankenreiter, bringing a new energy and refined sound, as heard on the sophomore release Plowin’ Time (2014). The final piece of the cohesive Grant Farm unit of today was the addition of keyboardist/vocalist Kevin “Money” McHugh, a popular dueling piano entertainer and session musician. Kevin’s pitch-perfect singing solidified the vocal trio with Tyler and Adrian, and the meteoric evolution of Sean’s songwriting, along with the other three established composers, were the elements that crystallized into a true collective where the whole exceeds the sum of the parts.

Hard work and ambition are key elements of the Grant Farm ethos, as are love, community, and connection, which the band describes as “Farmily”. A landmark collaboration with the band Fruition spawned the Meeting On the Mountain EP (2014), which included the campfire classic “Meet Me On The Mountain”, a co-write between Fruition’s Jay Cobb Anderson and Tyler Grant. This theme was so intriguing that the band created their own video broadcast series, The Meeting on the Mountain LIVE Broadcast, which aired eleven episodes between 2015 and 2018, and resulted in Grant Farm’s stellar 2018 album Meeting On The Mountain LIVE, Vol.1, a collection of the finest performances from the broadcast series, featuring musical guests such as Todd Sheaffer (Railroad Earth), Andy Hall (Infamous Stringdusters), Megan Burtt, Reed Foehl, and John Magnie (Subdudes).

So that’s who Grant Farm is, but what do they sound like? You’ll have to listen to find out, but the genre bending outfit has developed the tag “Cosmic Americana” to appease curious definers. With firm grounding in American Roots Music (especially Rock and Roll), a skilled and seasoned air of professionality, a bent ear to the spirit of the fresh and new and a keen interest in the divine, Grant Farm has created their own unique sound which has helped them build a strong following of Farmily across the country. Years of touring the Festival and Club circuit, along with real life joy, hardship, and tragedy, has brought this band of brothers as close as kin. Togetherness brings greatness, as is built into the band name – a light-hearted spin on the industrious “Ant Farm”.

“This Quartet has found its own sound in the seams between Country, Bluegrass and Rock and Roll” – Jim Lauderdale

“They had three guys who sang impressive lead vocals. The songs were really good. Grant Farm headlining Red Rocks on a mountain summer night? It ought to happen and I’d buy a ticket.” – Craig Havighurst (Review of Music City Roots Performance November 2016)